Rare Disease Day and the DEEs

Rare disease day is celebrated on the last day of February every year. It is a day to raise awareness of the roughly 7000 rare diseases that affect over 300 million people around the world.

Developmental and epileptic encephalopathies, or DEEs, are often considered rare. In the U.S., the Orphan Drug Act defines a rare disease as a condition that impacts less than 200,000 people in the country.

We are finding more DEEs and people impacted by them every day.

It is unclear how common DEEs are but the overall estimated annual incidence of single-gene epilepsies in a recent national study from Scotland was 1 per 2120 live births.

This recent post (and the image below) shares a bit more about genetic epilepsies and shares an updates list of the many emerging diagnosis associated with genetic/rare epilepsies. 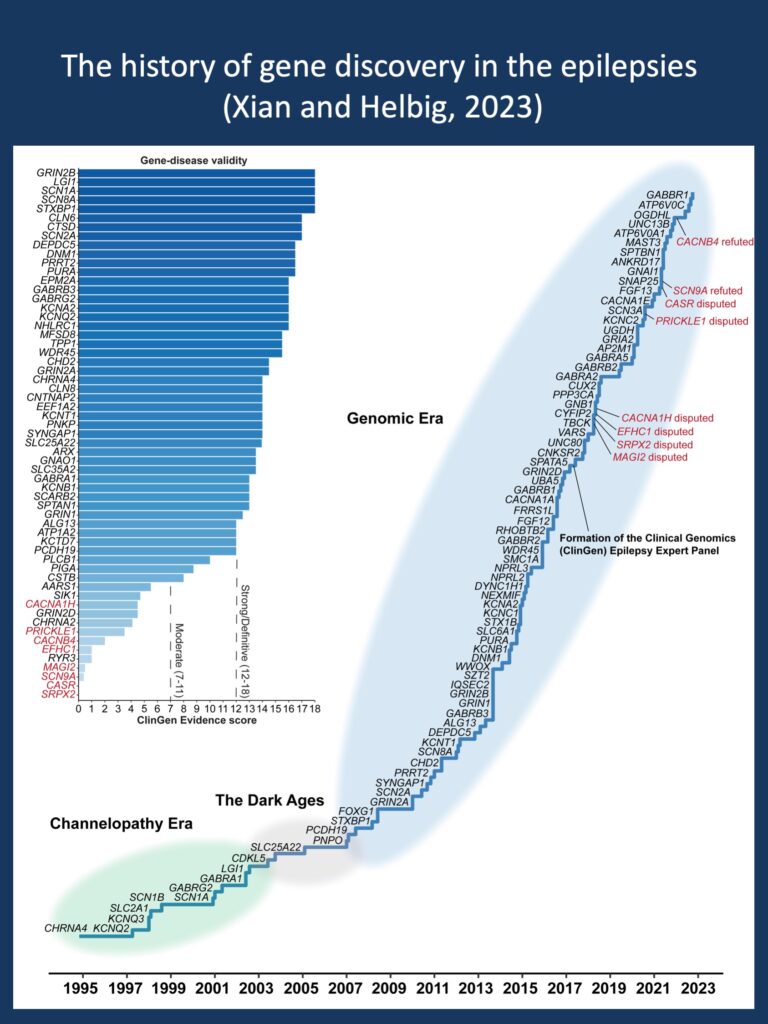